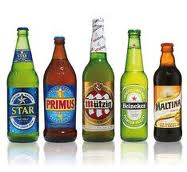 Nigerians’ desire and insatiable appetite for beer explains why Guinness/NBL stock is the highest traded stock on Nigeria Stock Exchange, even though the world's most populous black nation lacks basic amenities and necessities. By both default and design, Nigerians hit the bottles and stay hooked. It is the story of Nigeria, with undeniable and unfortunate health challenges and issues due to reckless life style occasioned by what goes through the mouth.

A healthy nation is immeasurably a wealthy one. When a people are healthy, their productivity index goes up. A healthy workforce helps cut down on the number of sick days employees take and charge back to the establishment due to health costs and associated insurance co-pays.
Most Nigerians go to work with hang-overs. A hangover is a mental condition that impairs one's ability to be in full control of their motion and senses, and in such condition, a danger to others. No wonder certain avoidable accidents happen in Nigeria, a nation with little consideration for public safety, and the people just laugh it off.  Alcohol makes one temporarily 'high,' yes, but it also disorients its consumer.

A lot of auto-accidents in Nigeria are due to drunk drivers. At motor-parks, before drivers embark on their trip, it is not uncommon to see drivers gobbling down beer, smoking and displaying the ‘join-me-on-a- journey-to-hell at your own risk’ attitude.

Nigeria Federal Road Safety Corp, a joke of an agency, never conducts a sobriety test on drivers involved in accidents. How can they, when they are often paid off - bribery with a bottle of alcohol?

It is time for Nigeria Open Bottle Act, a law that states that if/when an opened alcohol bottle with content is found in a moving automobile, the driver and its passengers should be subject to stiff fines on the spot and the vehicle impounded. With such an act enforced, passengers will participate in curbing such conduct knowing that they will be fined, a self-policing measure that will deter the conduct and help get them to their destination.

Occupational health hazards due to unrestricted alcohol intake on the job, are serious and worthy of stiff fines. It is not surprising to see uniformed personnel as in police - rank and file, military - officers and men, civil aviation/commercial pilots, doctors, drink on the job.  It may not be a bad idea for  employers to demand  of their  employees  to be subjected to occasional alcohol and drug tests.

The Nigeria National Assembly should consider stiff penalties for drinking on the job. But there again, the biggest offenders are the lawmakers themselves; a bunch of unruly and undisciplined people. If the ones expected to set higher standards themselves are likely offenders, it is downstream from there. It is not uncommon to smell alcohol when in the presence of most public officials - a very sad and depressing experience.

What did Nigerians miss when it comes to self-discipline? I am baffled what Nigerians eat and drink, in one swoop. No wonder most Nigerians have a 'hanging city' factor as in protruding stomach, all due to what they eat and drink. The 'Big Man' disease as in 'big belly' has caught up with the women as well.

Nigerians do not consider how what they consume affects their appearance. Take a sample of 100 Nigerian men/women, and one concludes a non-scientific result, not far from the actual, that at least 70% are border-line fat and obese. Just like in the African-American community, similar numbers are considered fat and obese. This is the reason why high blood pressure, hypertension, diabetes and related health challenges are more in the black clan - Africans included. And on top of that, there is limited desire to exercise.

It will be of help to cut down on alcohol drinking, starchy food - fufu locally called 'eba' with vegetable and palm oil soup - 'OMG' - greasy fried akala, goat and bush meats, isi-ewu, kpomo, egusi soup, yam porridge, Guinness/Star beer, bad and poorly aged red wine, moi-moi and rice. Eat them in moderation. I have not eaten 'eba' in more than 22 years and that will stay like that for the rest of my life.

Being disciplined requires self-restrain in matters that can cause one trouble. Good health is priceless. One does not need a doctor to live well if they discipline themselves when it comes to eating and drinking. Unfortunately, most Nigerians are not disciplined when it comes to food and drink: They gobble stuff with whatever is put in front of them. I get a kick each time I attend Nigeria function, and see Nigerians line up for food as if that is the last meal or closing supper!

Drinking water gets one flushing, flourishing and healthy. Interestingly, I still wear my 1989 suits, and I don't drink beer.The tendency and insatiable urge to eat and drink anything in sight is a default sense to mask and escape from self-inflicted situation. Food and drink according to psychologists, offer depressed people a feeling of happiness because an aspect of the brain kicks in and says, eat, drink and be merry.

Productive people eat-to-live as in adding fuel when necessary and due, while unproductive ones live-to-eat as in consolation for their situation. Now, compare and contrast. 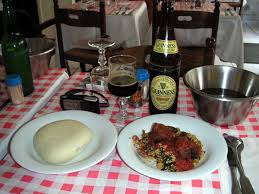 Alcoholism is a huge problem for our society. Many people start drinking because of stress but there many other ways to feel better. In my opinion, using cbd in such situations is the best way out. Click the next page to learn more