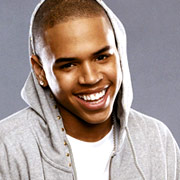 At the early hours of 6th March 2013 in Ghana, it was reported that the entire air around the capital city especially areas in close proximity to the Accra sports stadium was smelling of marijuana often referred to as “wee.” For those who live in the neighbourhood, the air was too heavy to breath because the smell of marijuana could be felt everywhere around the stadium. Thanks to Chris Brown and many of his Ghanaian admirers.

As part of Ghana’s Independence celebration, Chris Brown who was billed to entertain the Ghanaian youth, took the entire nation by surprise as the American artist was rather busy smoking “wee” live on stage to the admiration of the security services and the crowd, mostly children below 16 years of age. Meanwhile the act of smoking marijuana in Ghana is a serious crime punishable by severe prison sentence. This is because marijuana has destroyed the lives of many of the youth, a challenge which has prompted the government of Ghana to declare a war on drugs.

The “Hope City Concert” was meant to be a once-in-a-life-time concert, an event specially designed to mark Ghana's Independence Day: a day which Ghanaians ought to have observed in honour of their forefathers who shed their blood in the struggle to rescue the motherland from a brutal and barbaric British colonial rule.

It was however sad that the dreams of our forefathers were shattered by the very concert expected to have taught the young generation the lessons of our colonial struggle as well as the need to be patriotic and law abiding citizens.

After about 50 minutes into his awesome performance in Ghana, Chris Brown unexpectedly paused and then asked the musically-intoxicated audience: “How many of y'all smoke weed?”

As expected, his question drew a loud response from the crowd, with some pushing clenched fists towards the sky, chanting and yelling to affirm they were marijuana smokers ready to seize the moment.

Shockingly, the positive response from the uncontrolled crowd seemed to have boosted Chris Brown's confidence, as he pulled out a neatly packaged roll of marijuana on the stage, lit it up, took a long drag and puffed thick clouds of smoke through his nostrils, trashing his foot to the raised platform in Ghana: Kwame Nkrumah’s motherland! Then the crowd hailed and cheered, while the police looked on with fear and trembling, as Chris Brown released thick clouds of marijuana smoke everywhere on the stage. Unfortunately, none of the security personnel at  the scene had the courage to enforce the law despite being aware that the act of smoking marijuana is a serious criminal offence in the country.

Chris Brown who appeared to have mustered his confidence under the influence of marijuana publicly urged the Ghanaian youth to smoke weed. The crowd, made up of many naïve youngsters below age 18, chanted in return: “we will smoke wee”! “We will smoke wee”! – a clear indication that some of the Ghanaian young boys and girls were preparing their minds to become wee smokers in the near future. After all, many of them see Chris Brown as their role model.

It is dangerous for our leaders to allow such musicians big platforms to influence our vulnerable African youth in that manner. Ghanaian authorities should not be taken by surprise if Ghanaian musicians begin to adopt the habit of smoking wee on stage as Mr Chris Brown has already shown them the way.

For an American artist of his kind to smoke marijuana (wee) on such a public platform wasn’t in any way a big surprise. However, what makes the situation miserable and disappointing is the fact that the Ghana police and the military personnel who were at the scene never took any action to enforce the law when the marijuana-charged artiste arrogantly broke the laws of our beloved country with impunity. This is while the security services have been hailed by the international community for their commitment to enforcing law and order. It is very disgraceful and a big betrayal to the state, whose motto still remains “freedom and justice.”

Yes, we want freedom in Ghana. But this is not the kind of freedom which my grandfather and his colleagues died for. Kwame Nkrumah must be weeping in his grave by now, as our law enforcement agencies sit down and watch some American trample upon the laws of our beloved country on NO OTHER PLATFORM THAN a programme designed for OUR MOST CHERISHED INDEPENDENCE DAY!

How many Ghanaians will be allowed to mount a public platform anywhere in the United States or the United Kingdom and smoke a substance which is well known to be against the laws of the land and be allowed to walk free with a handsome $1million reward as Chris Brown just did in Ghana?

The Ghanaian authorities must ensure that the laws of our land are adequately enforced at all times without any discrimination. Let us begin to demonstrate that indeed, Ghana still remains the shining star of Africa and a leading example of Good governance and democracy in Africa.

Indeed, the "Hope City Concert" which seeks to bring about the "African Dream" would have made more sense if that $1million were invested in the lives of young and upcoming artistes here in Africa, rather than giving such huge amount of money to Chris Brown  to come and influence the African youth to be smoking marijuana.

The African people must rise up and realize the danger side and the negative consequences of this corporate-controlled hip-hop is gradually having on the African youth. We have to act fast before the untold consequences begin to manifest in the lives of our vulnerable youth.

Dark days are truly coming ahead of Africa. I rest my case.

The writer honourablesaka@yahoo.co.uk  is a Ghanaian national who is coordinator of Project Pan-Africa (PPA), an organization that was set up to foster unity among Africans, to live together in harmony.

May God have mercy on us all else we would sin bitterly against Him. Very stupid and awkward for us to be taught what we Ghanians and  for that matter children of God such devilish act. God is right when he said in his word that we should be on guard so that we are not deceived by the ethics of the  world. May God grant that alien grace to recognize his bad influence as immoral and retract his statement.My  advice to him is if he really has something good or bad,Ghanians don't recognize it as a necessity

Get free trial of nitro focus no3 health and bodybuilding supplement.: http://nitroshred.org/nitro-focus-no3/