Started this discussion. Last reply by myy May 2, 2018. 2 Replies 0 Promotions

International Sufi festival began as a mark of respect to the Sufi Saint Hazrat Khwaja Moinuddin Hasan Chishty (R.A) to spread his message of Peace and Humanity. ‘After the successful completion of…Continue

Bangalore: “The objective of the CMSB Awards 2014 is to recognize, celebrate and encourage…Continue

Sanjay Shah has not received any gifts yet

Noida: Army Day is celebrated on 15 January every year in India, in recognition of Field Marshal Kodandera. M. Cariappa’s (then a Lieutenant General) taking over as the first Commander-in-Chief of the Indian Army from General Fransis Bucher , the…
Friday
0 Comments 0 Promotions

New Delhi: “Today we are breaking our own record of launching the 14th edition of International Festival of Cellphone Cinema 2021. IFCPC now is the oldest festival in the World for mobile films. Around 14 years back we shot the first full length…
Jan 20
0 Comments 0 Promotions

Atmanirbhar Bharat Has a Deep Meaning- Sandeep Marwah on NYD

New Delhi: Atmanirbhar Bharat, which translates to ‘self-reliant India’ or ‘self-sufficient India’, is a policy formulated by Prime Minister of India, Narenndra. Modi for making India “a bigger and more important part of the global economy”,…
Jan 16
0 Comments 0 Promotions

What is your favorite school
Asian School of Commumnication

Time period in your school-Year Group or Class OF:
December 9, 1987

What is your profession?
Actor Noida: One of the oldest organization, INFA- Indo Nigerian Film Association, to promote and develop the relation between India and Nigeria has been running under International Chamber of Media And Entertainment Industry with its International head Quarters at Noida Film City.
The President Sandeep Marwah, who has been associated with the organization from the day of its inception, has honored H.E. Major General Chris Sunday Eze High Commissioner of Nigeria to India with the Patron ship of… Continue 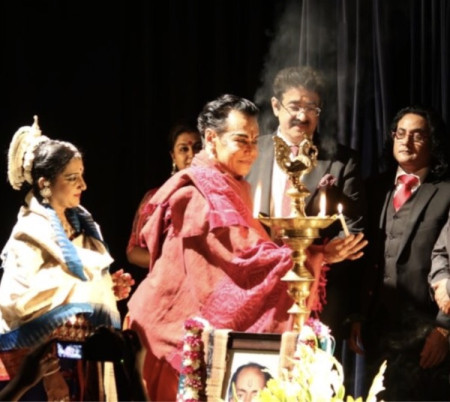 New Delhi: Three days Guru Pranam Ustav of art and culture to promote Odissi dance and music designed by Jyoti Srivastava of Vaishali Kala Kendra was inaugurated by well-known art promoter of the country Sandeep Marwah at Azad Bhawan of ICCR in association with Ministry of External Affairs, New Delhi.
“Some one who has no interest in art and culture can not be a complete… 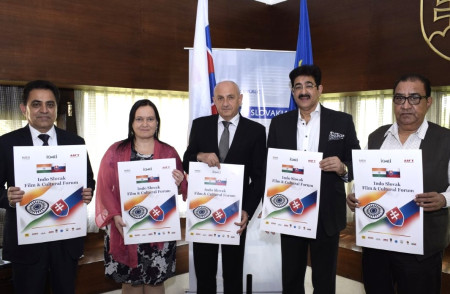 New Delhi: International Chamber of Media And Entertainment proposed Embassy of Slovakia to create and launch Indo Slovakia Film And Cultural Forum in India to promote and develop relation between two countries through art and culture.
Today the representative of the President of Slovak Republic H.E Zigmund Bertok Ambassador of Slovakia to India, Burma, Sri Lanka,…

New Delhi: Recently the Embassy of Slovakia at New Delhi and International Chamber of Media And Entertainment Industry formed an association under the name and banner of Indo Slovakia Film And Cultural Forum.
The organization was launched at the Embassy premises. This is first of its kind where film, television, media, art and culture, fashion, tourism, skill development and related business will be promoted to bring in two countries close to each other.
Sandeep Marwah President of… Continue

When Godhra escorts conversation almost free escorts, most of them have begun working beneath offices, to begin with, and after that chosen to be on their claim. But believe us, they have made the choice after an awesome thought and are self-dependent and free from each viewpoint. Be it their individual or proficient life, they have appeared signs of being free from the boundaries of this society. Our fundamental point is your joy and fulfillment and this makes us focus to serve you merely the leading.