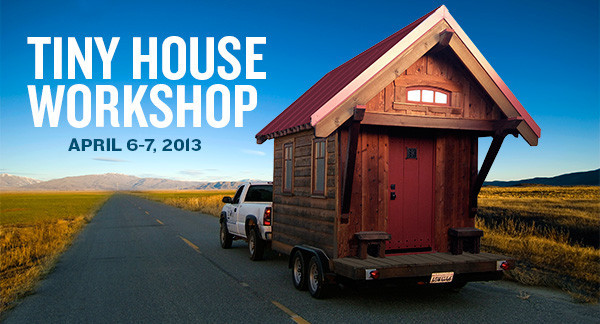 Why discuss or paint Africa on brush? Be that as it may, it is what it is in Africa. Africa should be taken on country or region basis separately, then analyzed on the basis of housing, water supply, wastewater, road network, civil service productivity, domestic business practices, and power supply, among others. The one-size fits all approach of reporting on Africa is often misleading. Africa has more countries per continent than any other, so are the challenges and opportunities.

Unemployment and under-employment rates in the continent are huge; no national government in conjunction with domestic corporations have come up with solutions to tackle its socio-economic impacts. The multinationals, having far reaching resources often bigger than those of domestic and local companies/corporations, get their way and enjoy undue profit reparation advantages, paying nominal taxes and front loading expenses. Were they to conduct business the way business is conducted in developed economies, a lot of them would not be singing about Africa.

Many Africans pay dearly for housing whose standards are often below bare minimum. Interest payment on borrowed capital is so outrageous that  it chokes economic growth. When the average borrowing rate in most countries is in double digits, does anyone who understands money, its cost and functions need to be schooled that it makes growth hard and painful?

For instance in Nigeria, despite its resources,  huge population and  more than 100 years building roads, does not have 5,000 miles of well built and maintained transportation network. Meaning, it has only built about 50 miles of road per year in its existence. That is nothing to cheer about. Texas with nearly 275,000 miles of paved highways and freeways  has more roads than all of Africa. Go figure. No city in Nigeria pumps 10m gallons of water on daily basis or speaks  of having uninterrupted power supply in a 24-hour basis, weekly or monthly. The entire country of Nigeria, except for Abuja, uses individual septic tanks for sewage disposal and the disposal is done in rivers, streams or open fields, in the 21st century. Many businesses have standby generators, all adding noxious fumes and exhaust into the already polluted air. These are hard features of Nigeria, and yet they are hardly mentioned. Huge returns made at the expense of a people is not justification for the often flowery and glowing reports issued on Africa by research establishments who are patronizing but shy from stating what exists. While growth is recorded, Africa hard facts and figures are far below what it will take to emerge strongly.

The sections of Nigeria where oil is drilled and produced are so environmentally denigrated that it will take centuries of aggressive remediation programs to clean up. A nation in need of 6m housing units that in its nearly 100 years of corporal existence has never built 100,000 housing units in any given year, needs a lot catching up to do. Using fancy mansions and expensive cars driven by business people who often are in bed with politicians as measure of successful economy is falsehood. The physical aspects and conditions of Nigeria public buildings and educational campuses are so depressing one almost throw up looking at them.

It may further interest anyone who cares to know that one of the most valued and priced stocks on Nigeria Stock Exchange, is not a utility company or healthcare corporation, but an alcoholic beverage company with headquarters in Europe. And there are less than 200 corporations listed on the exchange, and only 3.5m Nigerians are reported to earn N70,000 monthly; an equivalent of $435 monthly. How does that compare to majority of the 160m who are hapless and despondent? No company listed has a dollar equivalent of $5 per share.

Nigeria needs to be growing an annual rate of no less than 15% for the next 50 years to reach a mark to make her people believe. Since such growth is highly unlikely, there must then be drastic structural adjustment in how the leadership offers solutions. When only 25% or less of benefit trickles down out of every budgeted Naira, no one needs the analysis to conclude the economy and governance system are burdened and ineffectual.

The multinationals should stop couching the hard facts. But since they are afraid of losing the political support that makes their business survive, they dance around what really matters. Africa subsidizes the economies of western nations and now China, paying high interest rates and selling their national resources at a fraction. The continent is encouraged to maintain foreign reserves for balance of payment accounts. Anyone depending on the fraction of another will never emerge. Africa need not be cajoled or stroked like a baby with running nose. The so called experts are offering voo-doo economics. The annoying aspect is that national governments have bought their awful prescriptions and have swallowed them to where they are marooned.

Successful economies are not measured on paper but real and quantifiable benefits seen in housing, good employment, improving living condition, lower interest rate on borrowed money, sustainable environment, infrastructure, security and national sense of pride that motivates and entrenches passion, hard-work and dedication to nation building. Over dependence on foreign direction and steering, often leave a nation gasping for real sense of pride and purpose. While globalization should be encouraged, no nation should be a dumping ground or doormat for another. Africa appears to take and welcome any and everything because it often lacks national pride and sense of purpose to reject some of the foreign prescribed solutions that makes her look like a side child.

Digging holes in the ground in search of minerals to sell to foreign interests who pay royalties for such interests - bare minimum, will never lead to sustainable growth to absorb the yawning and gaping needs of a teeming population often are ridiculed to live on less than $1 a day.